US Report on Mass Attacks: Mental Health a Major Factor
Two-thirds of all mass public attacks in the United States last year were carried out by someone with mental health problems. In more than one-third of the attacks, the attacker killed himself at the site of the attack or shortly after leaving.
Those findings come a new report from the country's National Threat Assessment Center (NTAC). The NTAC is part of the United States Secret Service.
The researchers looked at 27 attacks in public spaces in which three or more people were injured or killed. The attacks took place in 18 states. Ninety-one people were killed in all. Another 107 people were wounded.
Such attacks included the February 2018 high school shooting in Parkland, Florida, which left 17 people dead. The researchers also looked at the October 2018 shooting at the Tree of Life Jewish religious center in Pittsburgh, Pennsylvania. Eleven people died in that attack.
U.S. officials are searching for ways to decrease such violence.
"We don't have a magic wand," said NTAC Chief Lina Alathari. "There's not a single solution to everything."
What is behind an attack?
The report was able to identify some broad themes in the attacks. For example, 89 percent of the attacks involved firearms and 70 percent happened at a place of business, such as a bank or office building.
Twenty-five of the 27 attacks were carried out by males.
The youngest attacker was a 15-year-old high school student in Benton, Kentucky. He killed two classmates and injured 10 more. The oldest attacker was a 64-year-old man who walked into a restaurant in Hurtsboro, Alabama, where he reportedly shot and killed the owner and another person.
More than half of the incidents were connected to personal disputes at work or at home.
NTAC researchers blamed just two of the 27 attacks on ideology. The report says hatred of Jews was behind the deadly shooting at the Pittsburgh synagogue. And, it said a February 18 truck attack at a medical center in New Jersey was carried out because the attacker opposes the right of women to medically end their pregnancies. 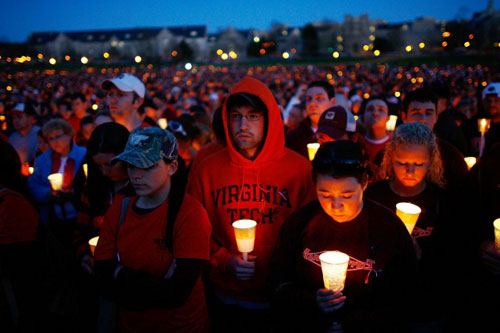 Looking for warning signs
The NTAC and the Department of Homeland Security (DHS) are urging communities to look for any signs that someone is a?t risk of becoming violent. The agencies are trying to educate the public about possible warning signs and what actions observers can take.
NTAC's Alathari said, "We want to identify individuals early to deter them off that path."
The NTAC and DHS have been contacting state and local officials, as well as schools, businesses and mental health agencies to provide free training and advice. A large part of the goal is to make sure people feel at ease coming forward with information.
DHS acting Secretary Kevin McAleenan said people should trust their feelings. "Prevention of mass attacks is truly a community effort," he said.
Officials believe at least that part of the message is getting through. In more than 75 percent of the mass attacks in 2018, someone shared concerns about the attacker before the attack took place.
But, officials admit, this is not enough.
Alathari said, "If the community is sharing their concerns, then it's really incumbent on the person in authority to act on those concerns, whether it's law enforcement, a workplace manager, (or) a school administrator."
But many believe that U.S. policies still fall short of a solution. Critics argue that officials are too centered on mental health.
"With all these incidents, there's a common denominator of firearms and easy access to guns and ammunition," said Colin Clarke, an expert at The Soufan Center.
"We still can't predict human behavior," Clarke noted. "We can come up with all the great technologies in the world but if guns are still readily available this (more mass shootings) is going to be the result."
I'm Ashley Thompson.