Cancer Is the Leading Cause of Death in Wealthy Countries
From VOA Learning English, this is the Health & Lifestyle report.
Cancer is now the leading cause of death in wealthy countries. Researchers say cancer has replaced heart disease as the top killer in the industrial world.
If the trend continues, they predict cancer could become the leading cause of death worldwide later in this century.
However, the news is not that cancer deaths are increasing but that deaths from cardiovascular disease (CVD) are decreasing.
Cardiovascular disease, or CVD, is a group of medical conditions that include heart failure, heart attack and stroke. It remains the leading cause of death among middle-aged adults worldwide.
But when you only look at deaths in industrial economies – that is not the case. In those countries, the new report shows that cancer now kills two times as many people as cardiovascular disease.
The findings were published in The Lancet and presented at the recent European Society of Cardiology Congress in Paris.
The research comes from a large, ongoing study called the Prospective Urban Rural Epidemiology or PURE. It is a project of the Population Health Research Institute of McMaster University and Hamilton Health Sciences in Canada.
The PURE researchers have been collecting information about people from over 20 high-, middle- and low-income countries. The data includes a person's medical history and individual behavior, such as physical activity and diet.
Salim Yusuf is a researcher on the PURE study and a professor of Medicine at McMaster University. He also serves as head of the Population Health Research Institute.
Yusuf explained the study's findings in a statement to the press.
"The fact that cancer deaths are now twice as frequent as CVD deaths in high-income countries," Yusuf said, "shows a change in the main cause of death in middle-aged people." He added that "as CVD declines in many countries because of prevention and treatment, cancer mortality will likely become the leading cause of death globally in the future." 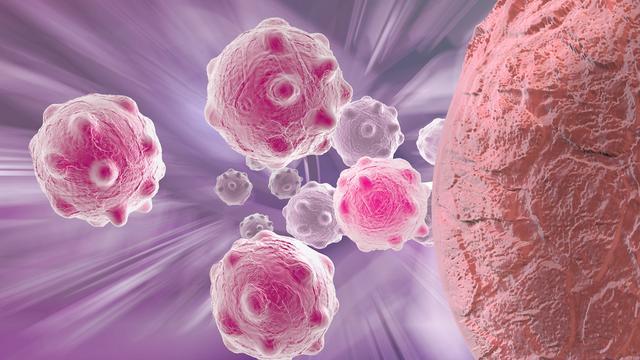 Most recent paper on the PURE study
Data from the PURE study has been used in several reports over the years. For this most recent report, the researchers followed more than 162,500 adults for 9 ? years. All of these men and women were between 35 and 70 years old. The subjects came from 21 countries.
Gilles Dagenais helped to prepare the report. He is a professor at Laval University in Quebec, Canada.
Speaking on a Canadian radio show, Dagenais explained that the world is experiencing a "transition" in disease trends. The main reason, he added, is the fact that cardiovascular disease rates have g?one down in high-income countries.
Dagenais noted that there is no increase in cancer rates. If anything, he said, there is a decrease. However, over the past 20 years, there has been a sharp decrease in cardiovascular disease. He said the two main reasons are developments in medicine and technology, and changes in personal behavior.
One lifestyle change, he said, is that fewer people in high-income countries are smoking cigarettes. But he warned that more people in these areas are becoming overweight. He says researchers do not know how rising obesity rates will affect deaths from cardiovascular disease in the future.
Both Dagenais and Yusuf add that higher heart-disease death rates in low-income countries could be mainly the result of lower quality healthcare.
In recent years, several factors have greatly lowered the rate of heart disease in high-income countries. They include better treatment for heart disease and better medicines for blood pressure.
And that's the Health & Lifestyle report, I'm Anna Matteo.